Below you can find a list of the clinics that offer high-quality dental crowns Hungary.

Check all the Dental Veneers clinics in Hungary 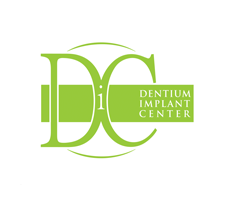 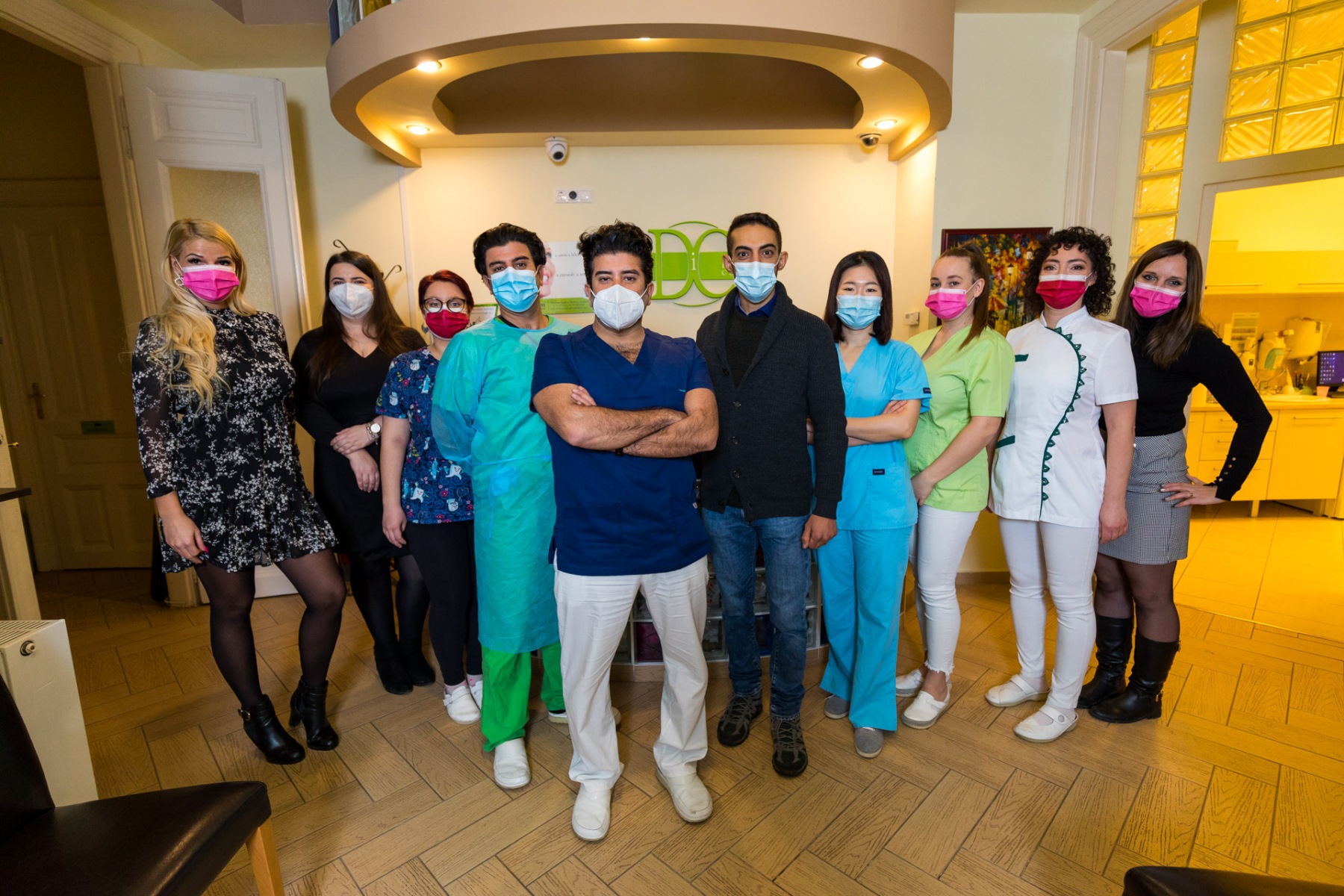 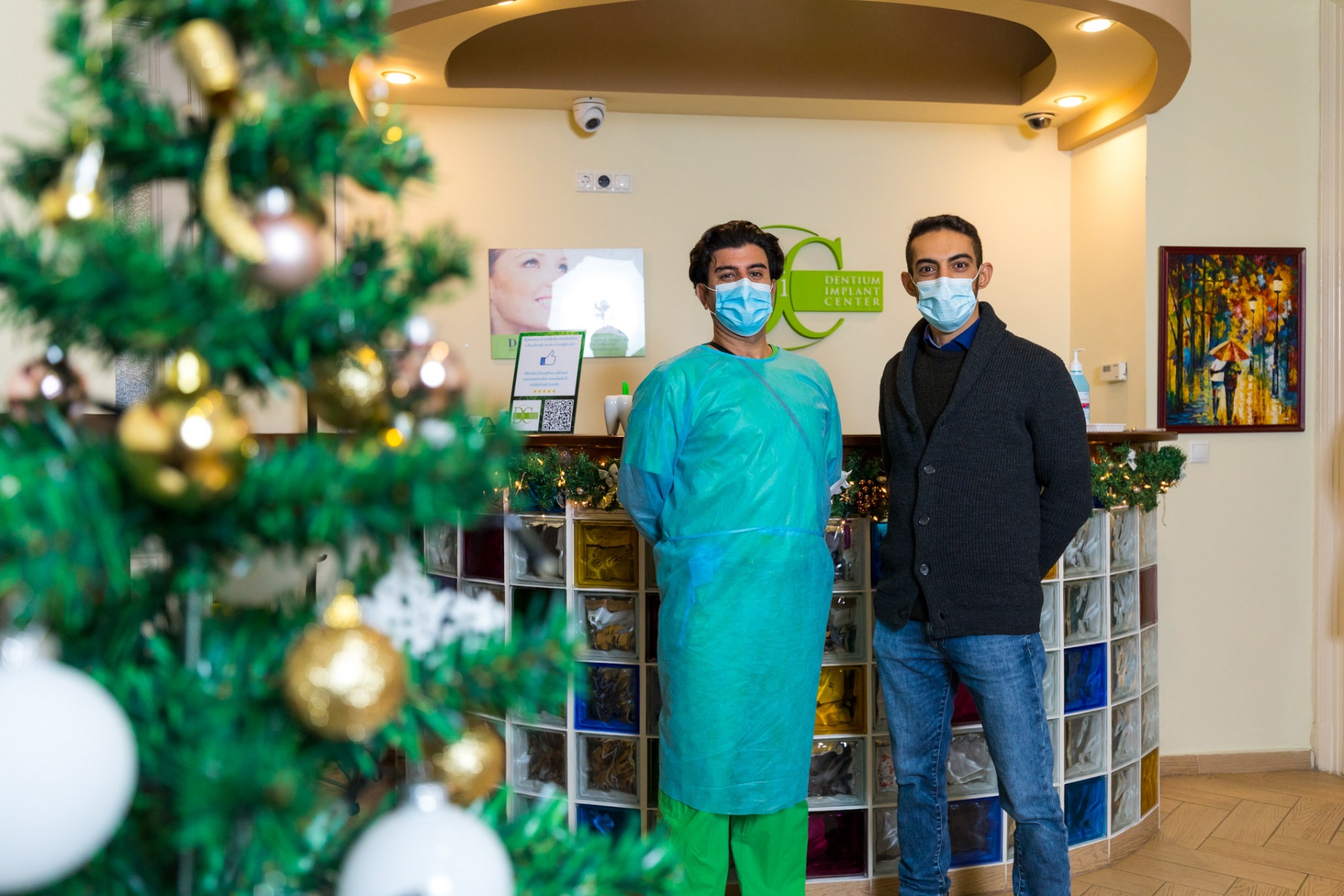 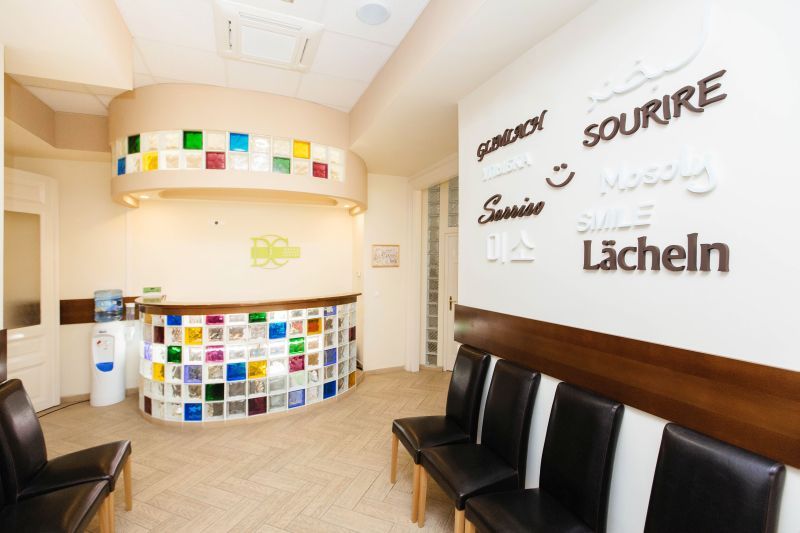 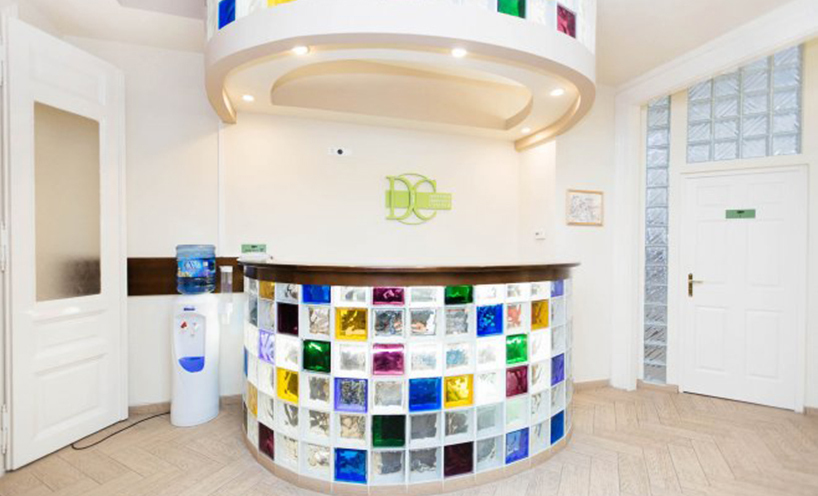 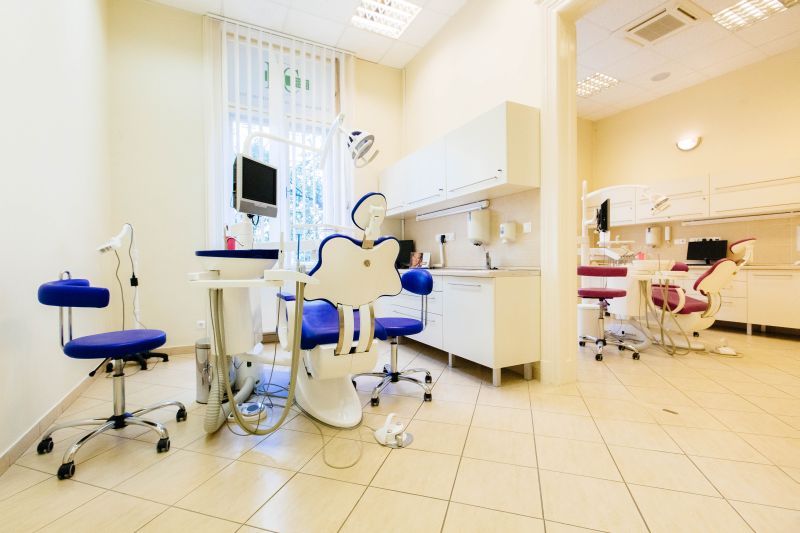 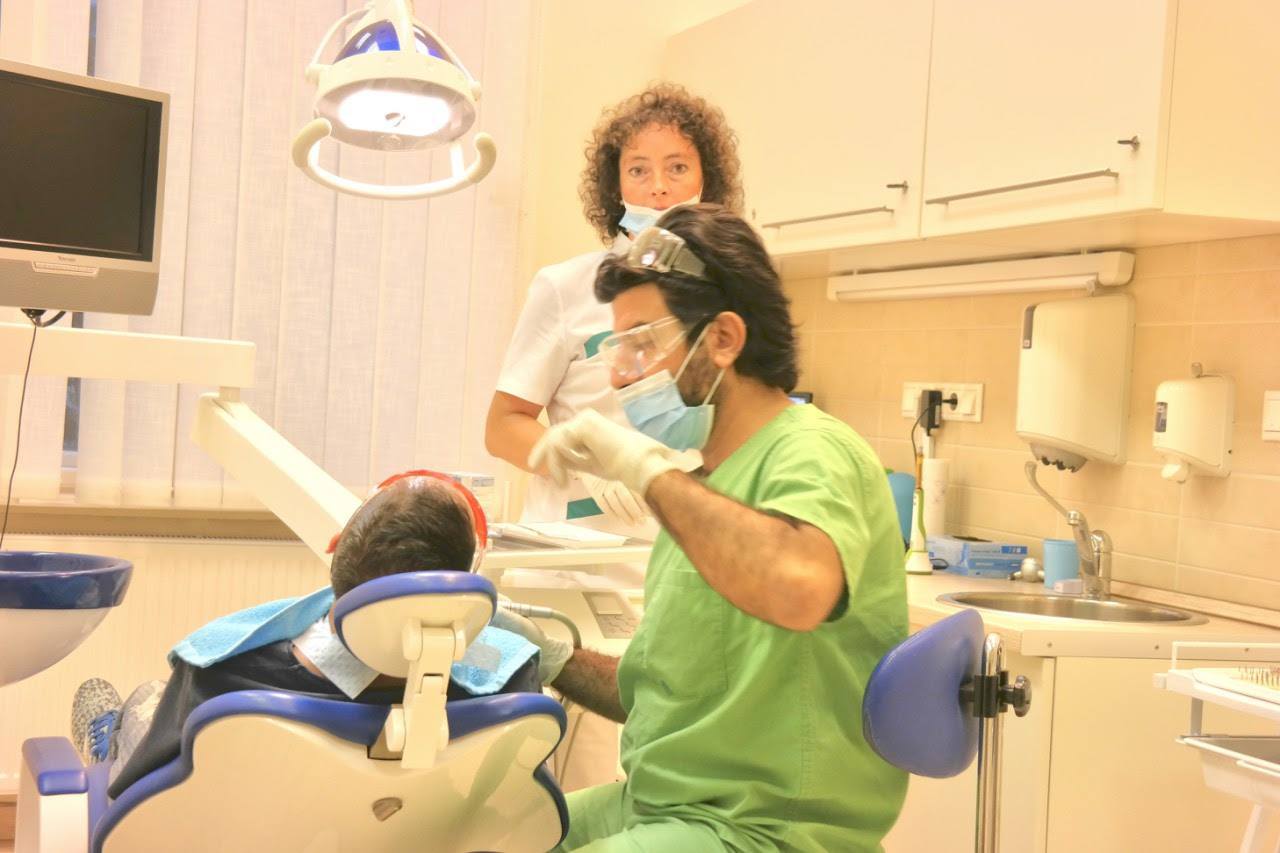 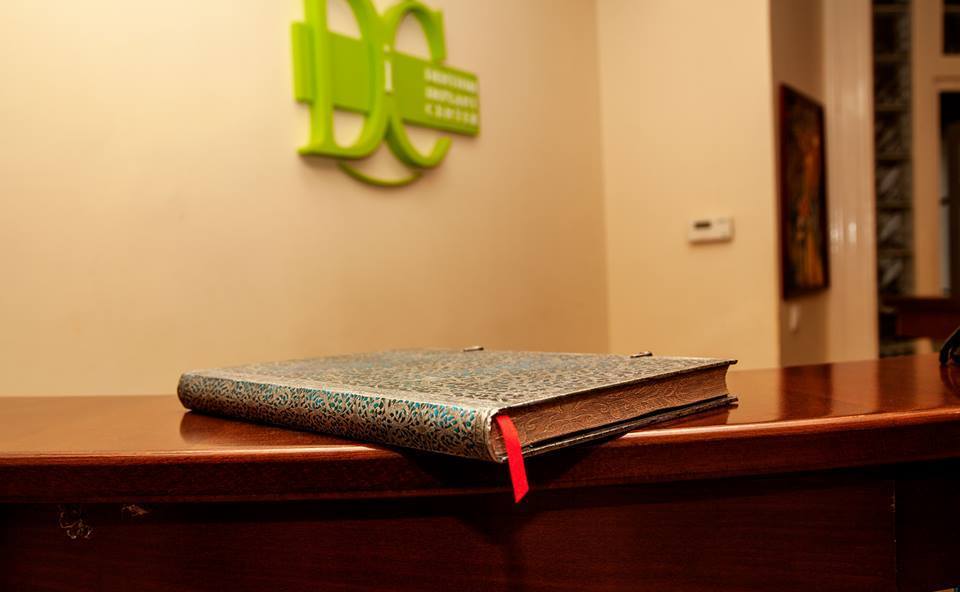 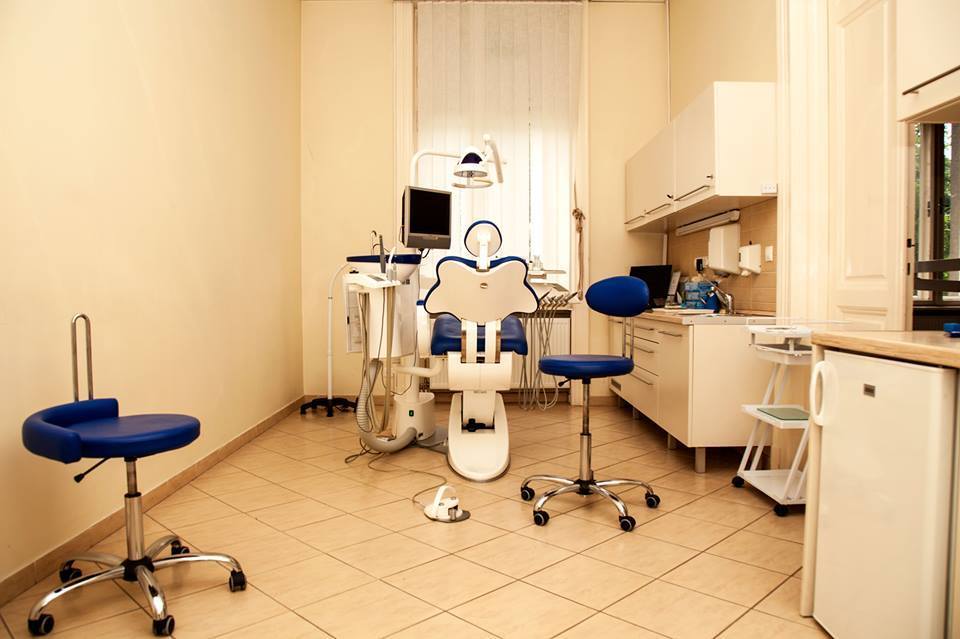 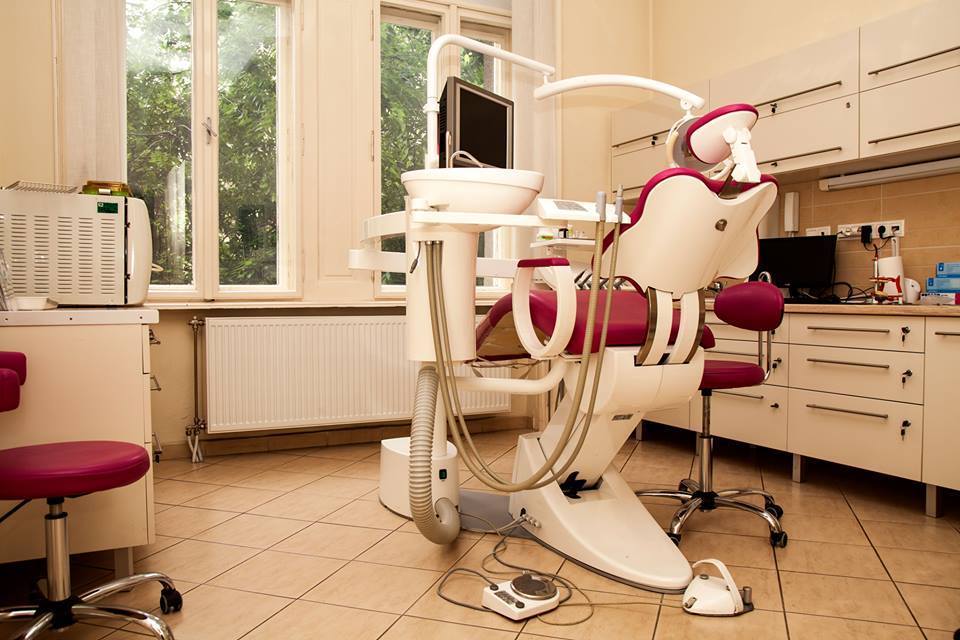 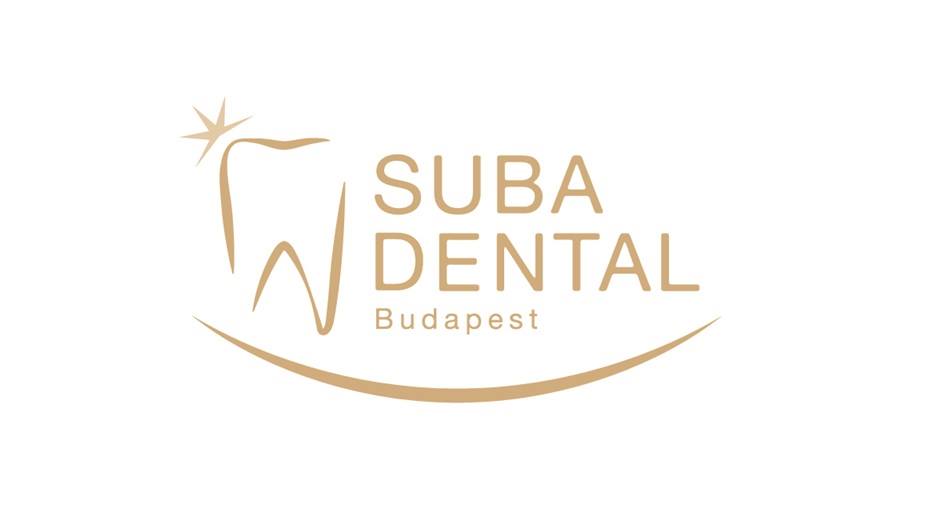 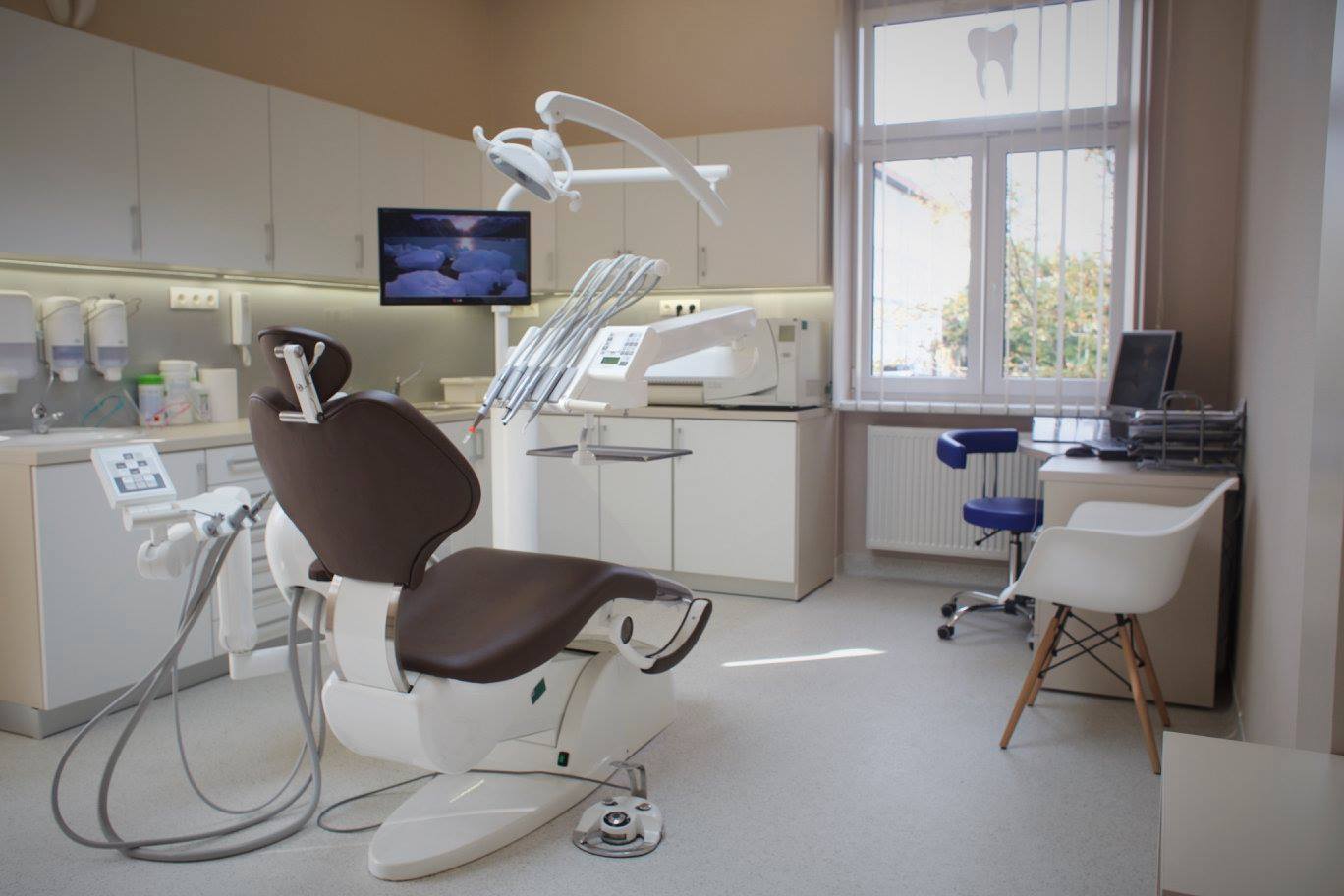 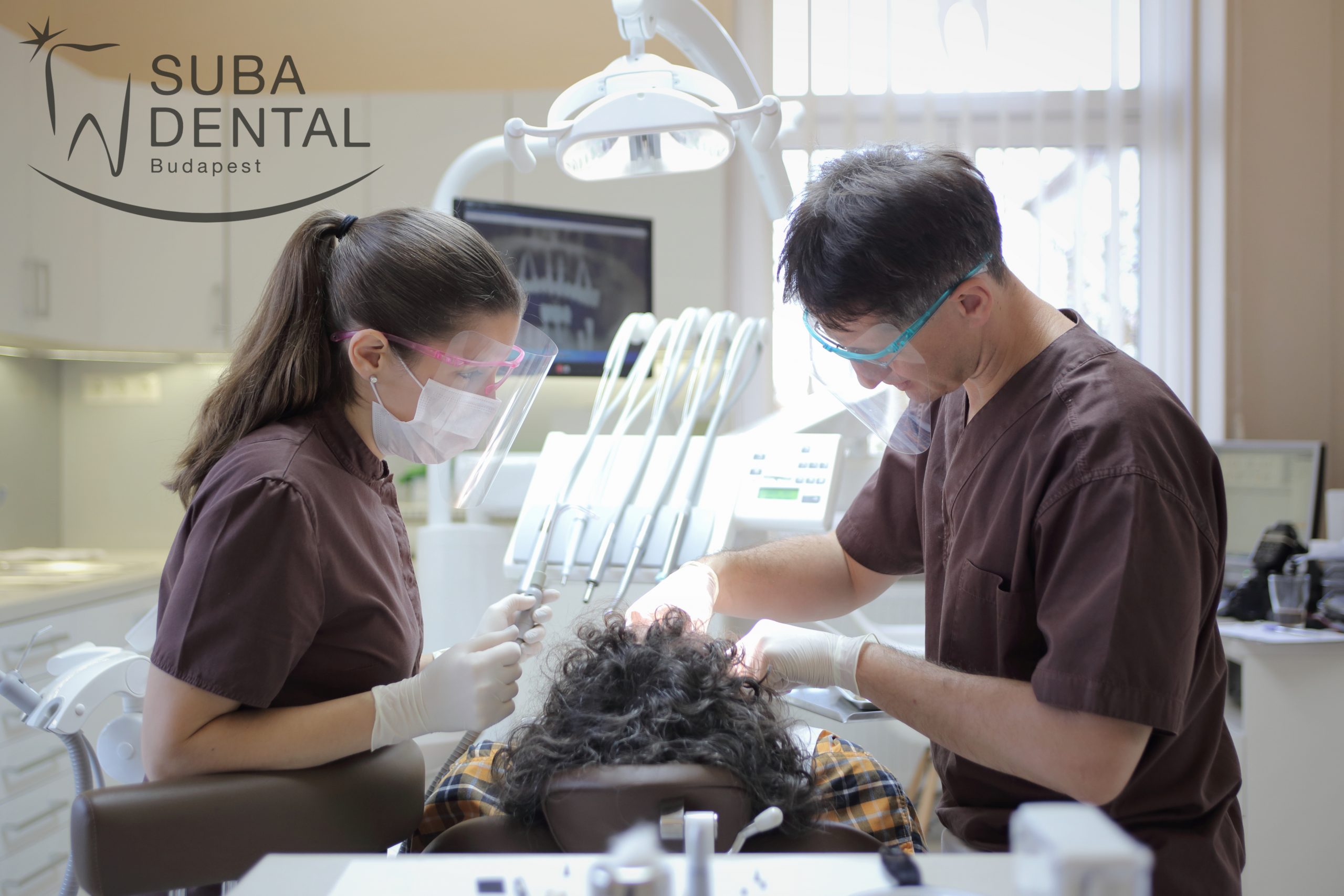 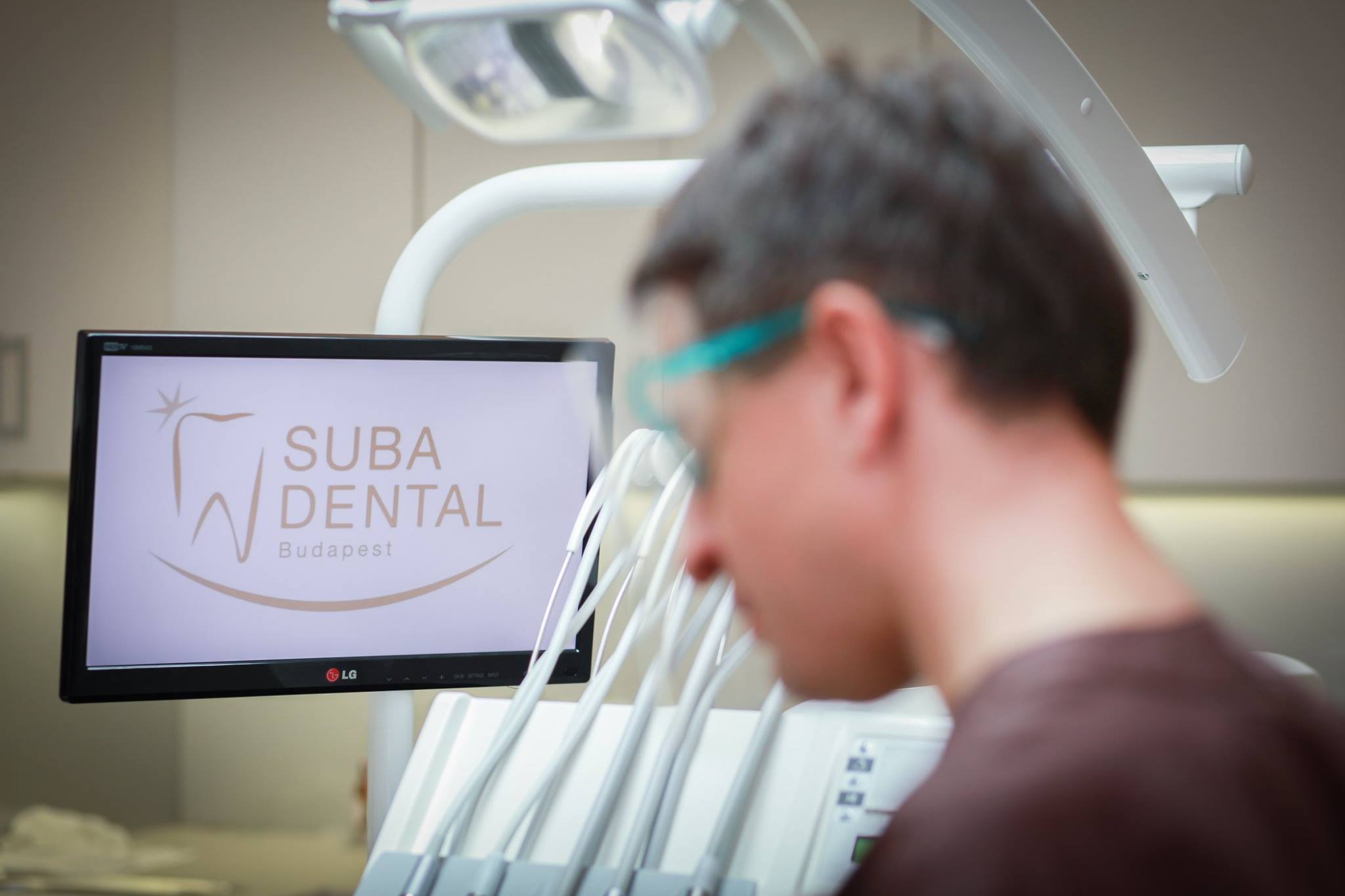 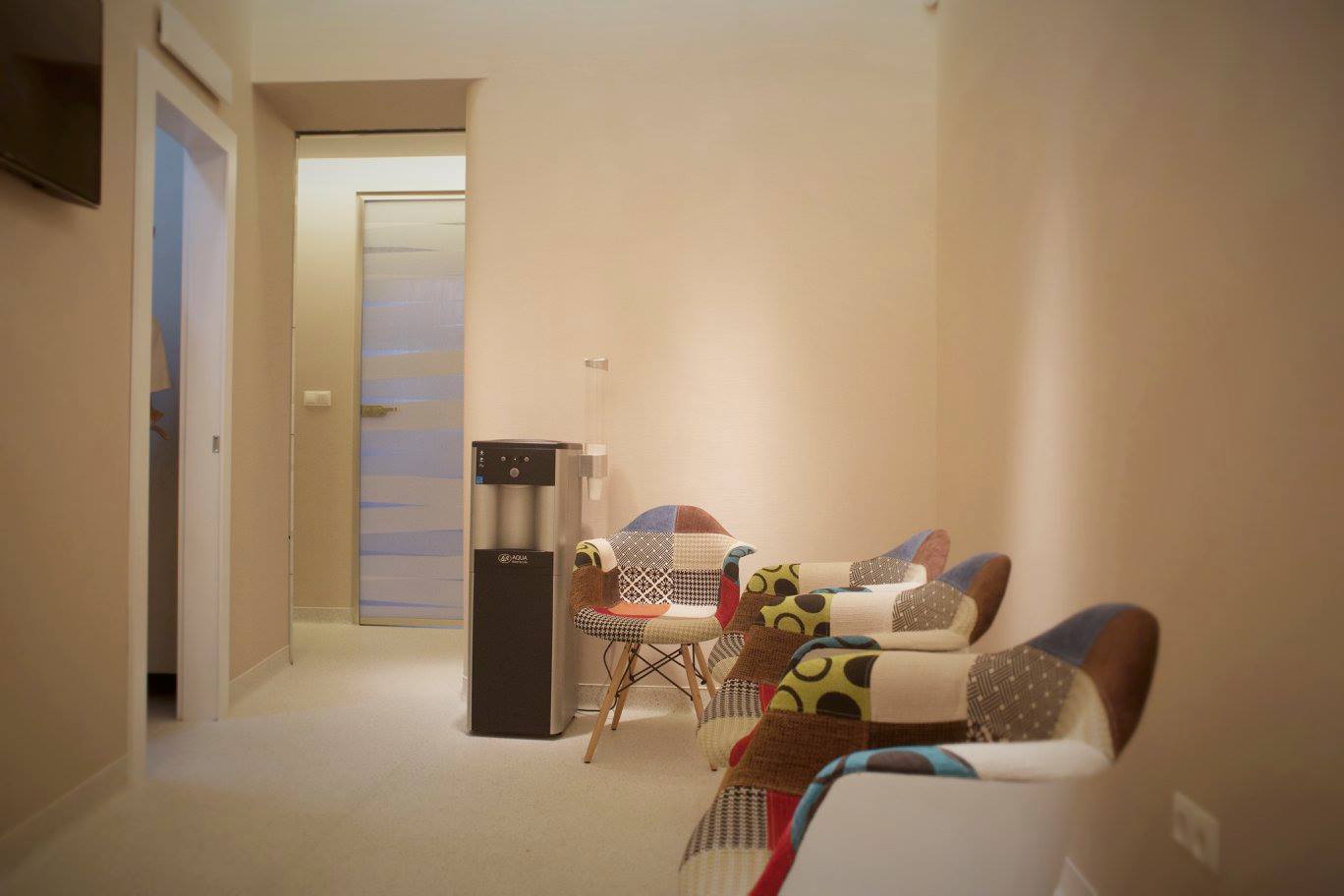 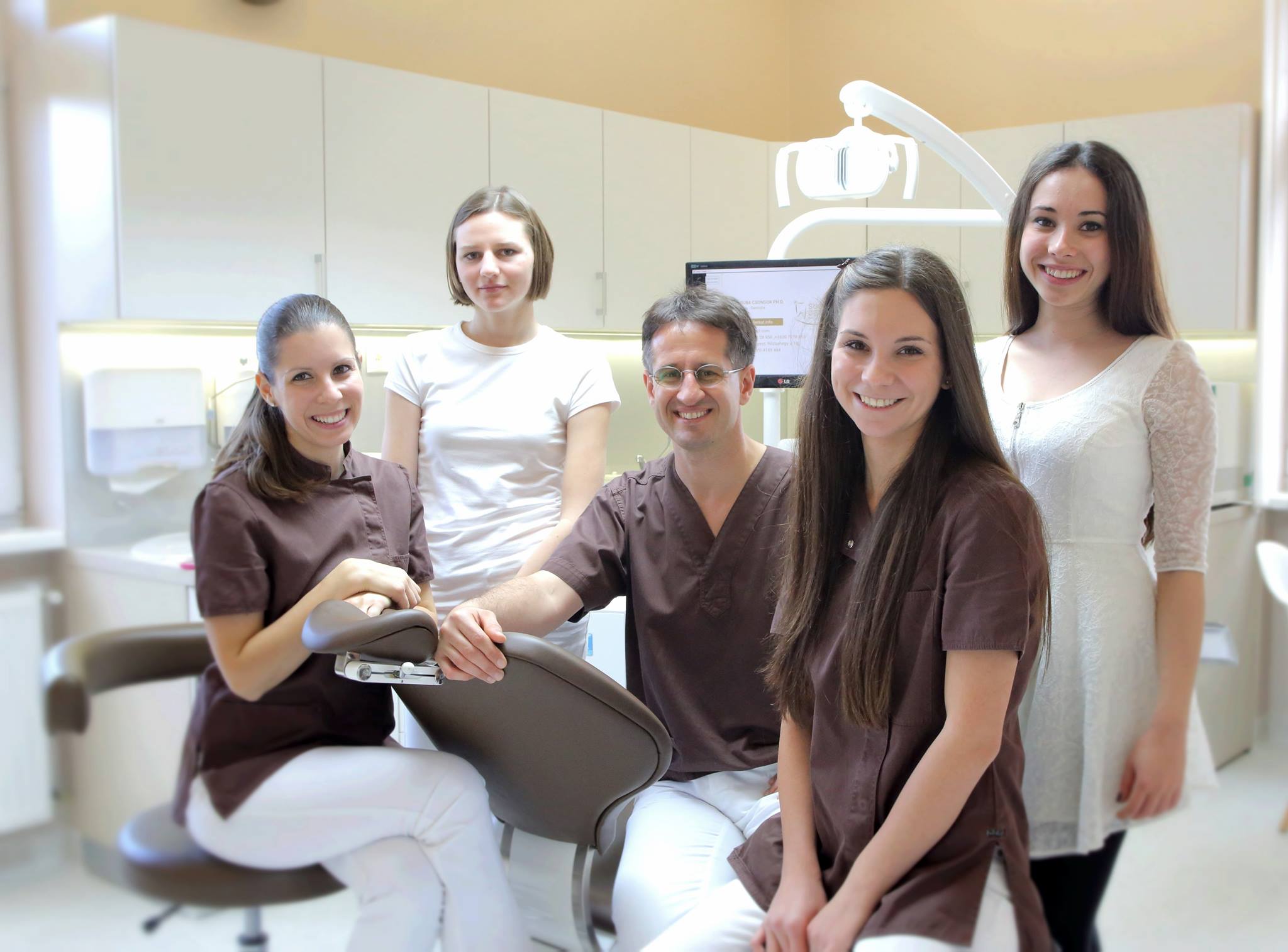 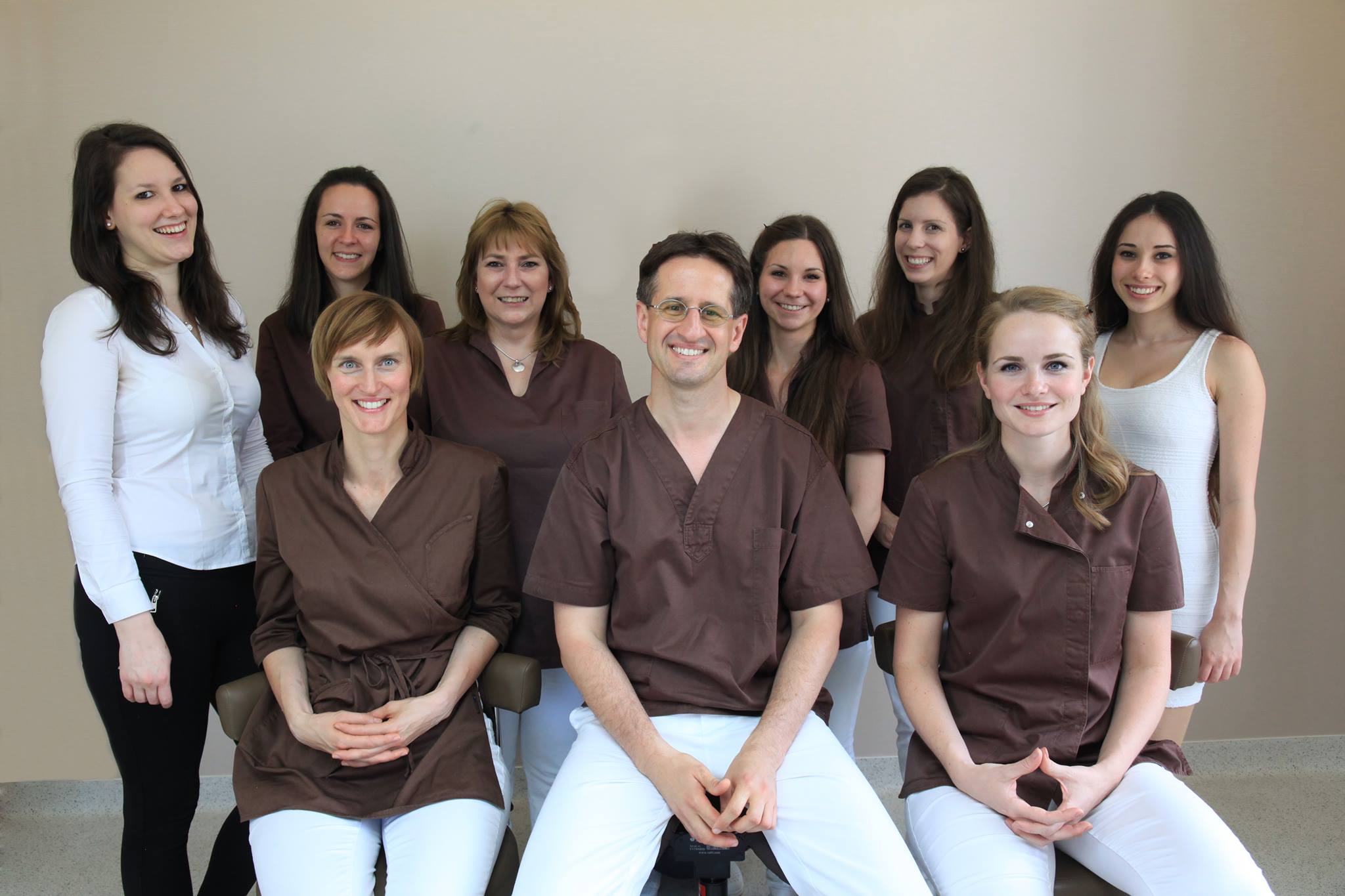 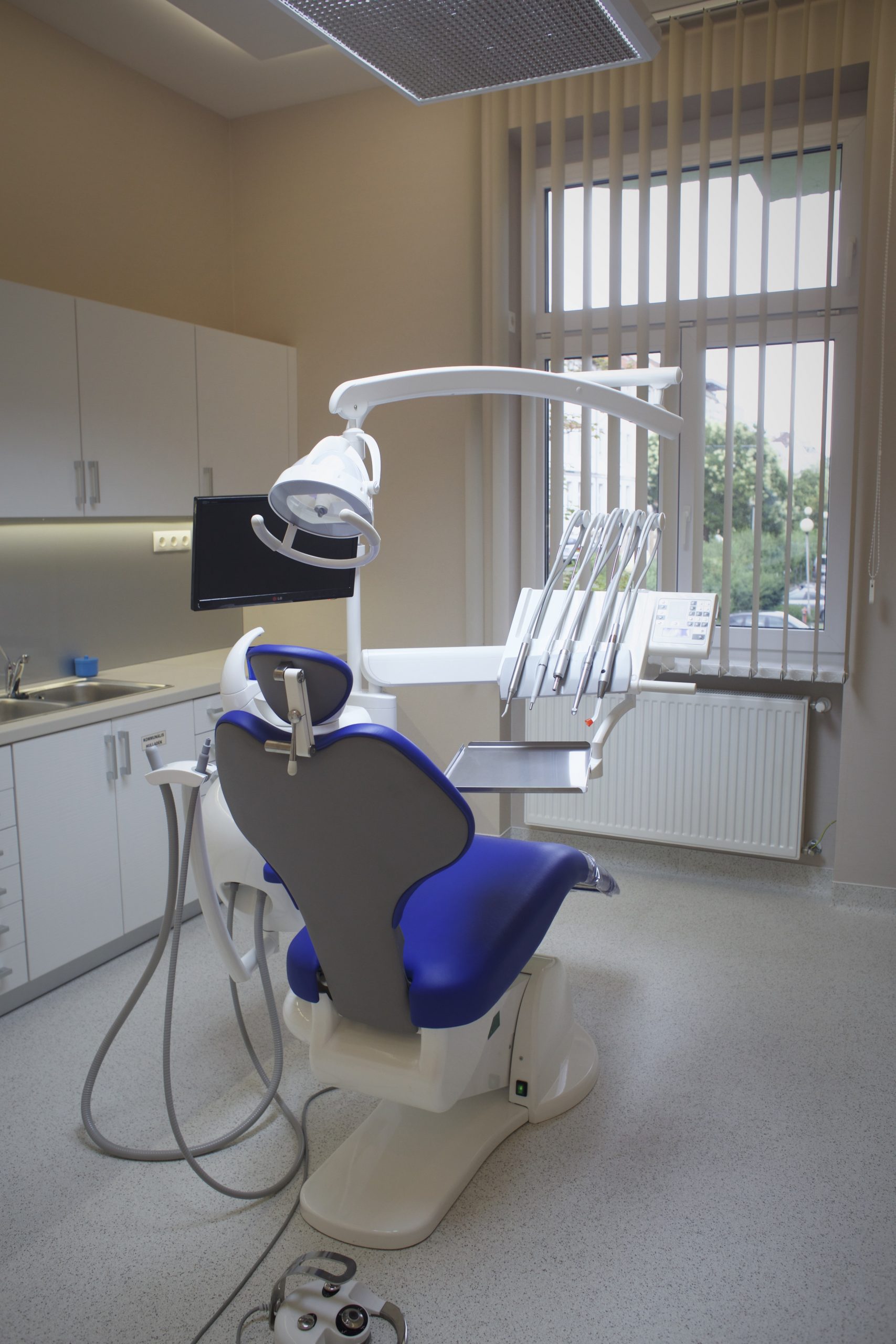 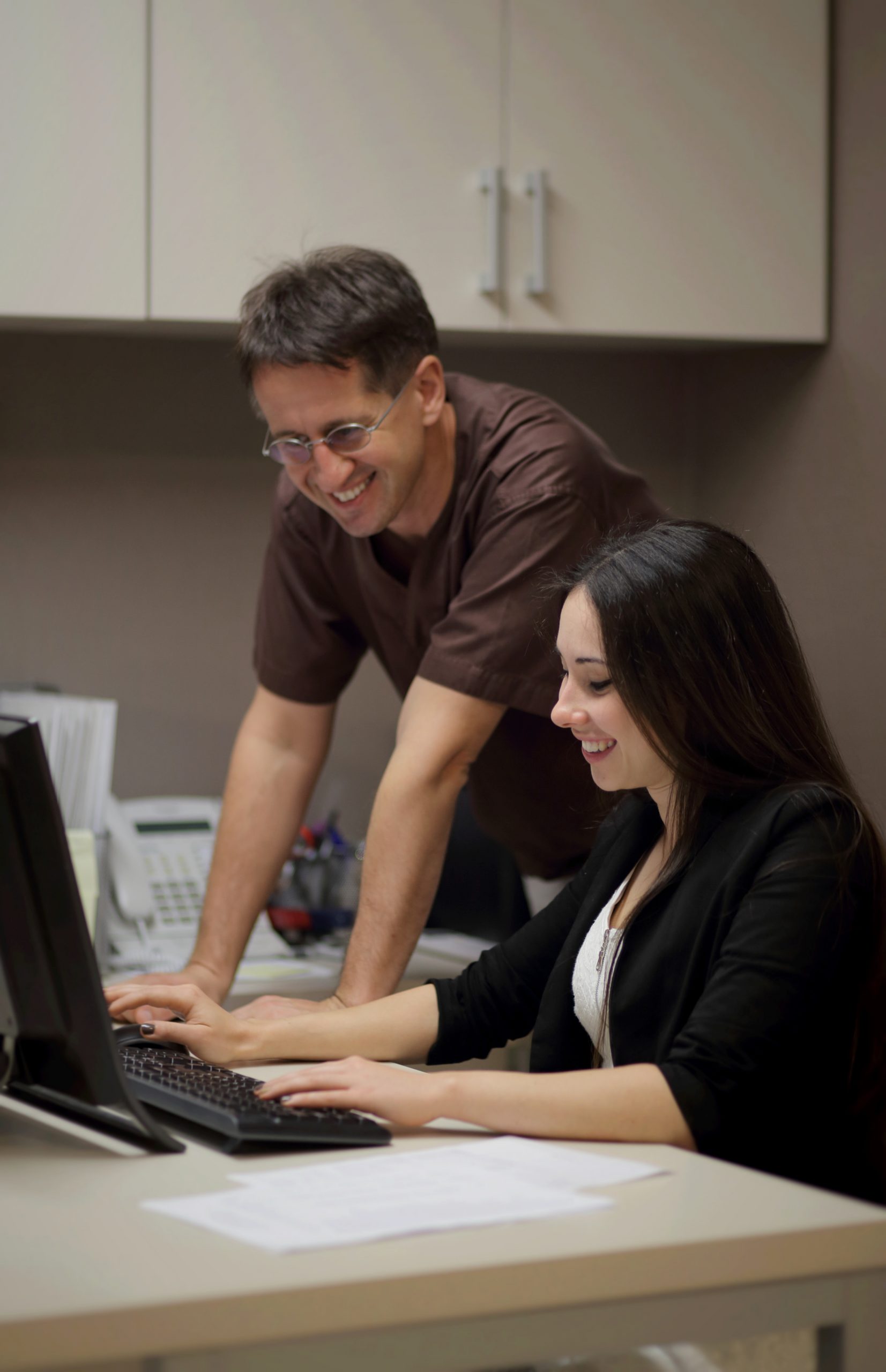 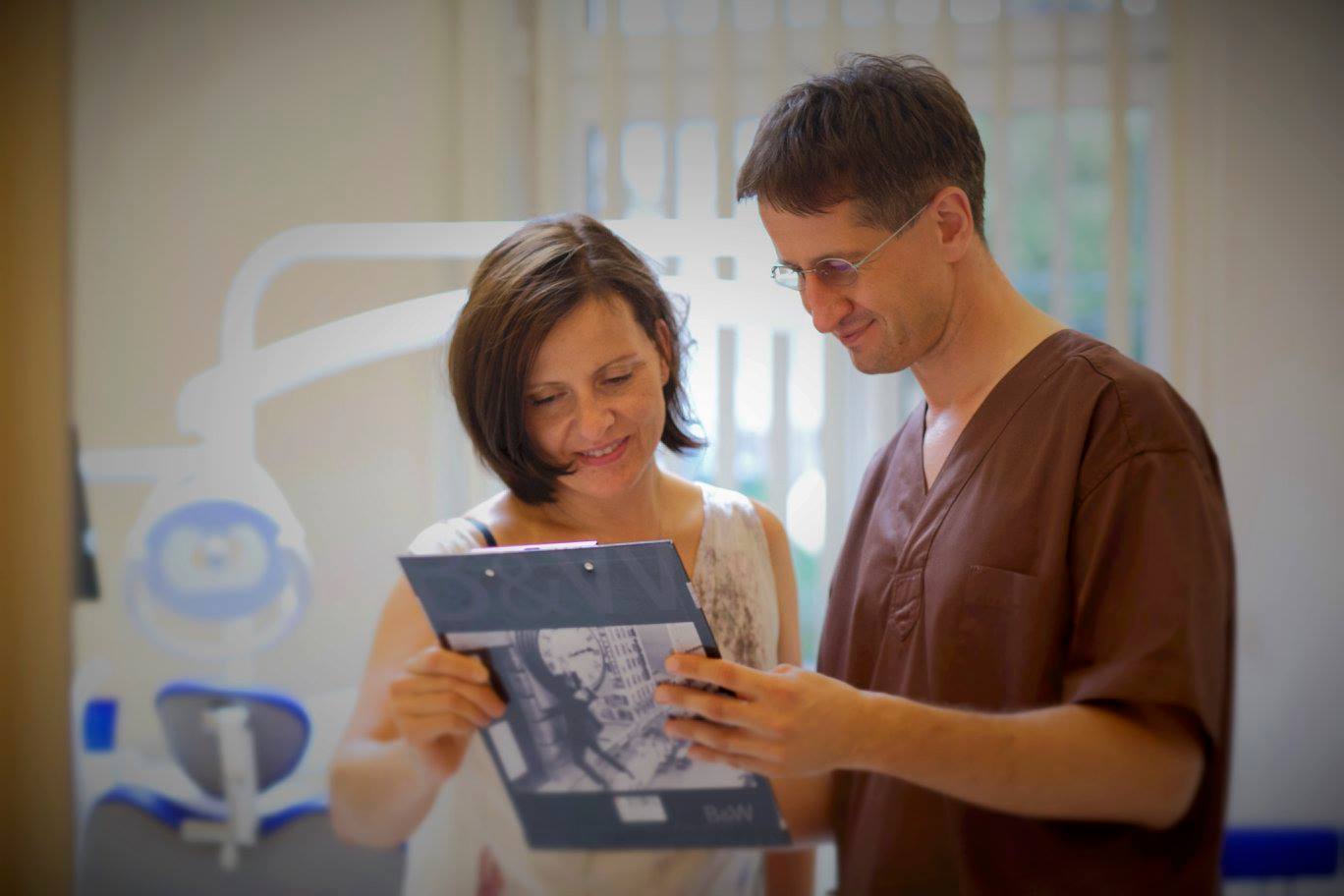 Ask a patients who had their's Dental Veneers 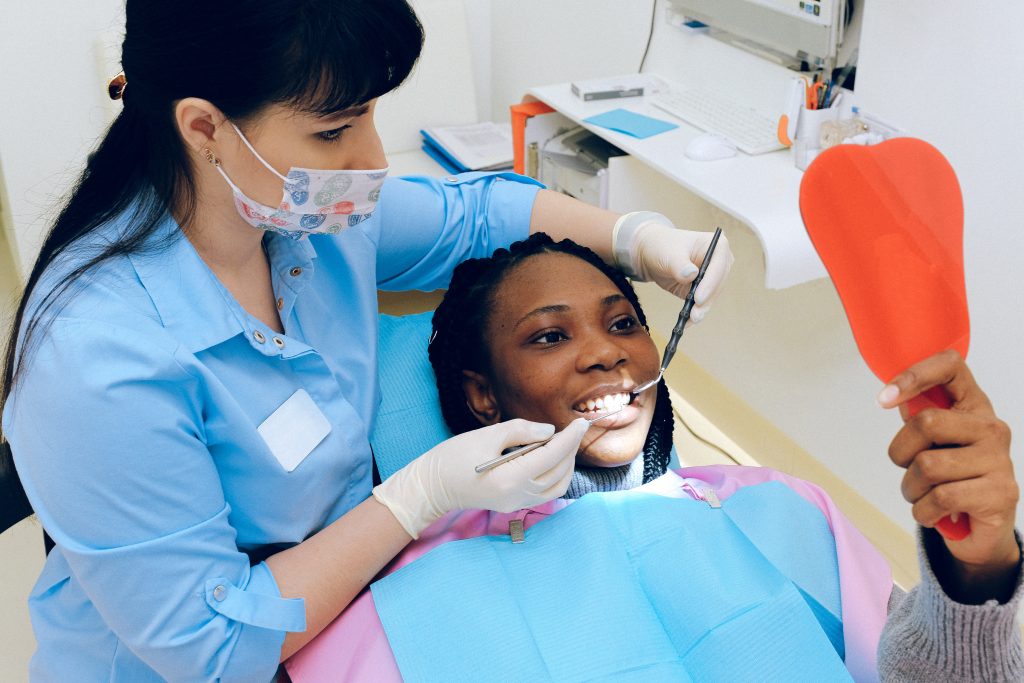 Getting veneers abroad can be a very cost-effective exercise. Due to lower labour costs many countries can offer teeth veneers at a much reduced cost compared to the UK.  The quality of the materials and production of the veneers abroad is of at least the same standard as in the UK, however, because of the lower salaries the whole process can be considerably cheaper, even after the additional costs of air tickets and possible hotel stays.

For the British and other Europeans, a European destination for dental work is preferable as there tend to be more frequent flights and cheaper air tickets available.  Travelling to Mexico, for example, for a cheap dental procedure, means that any savings are immediately offset by the cost of the air ticket and length of time required to reach the destination.  Of all the possible cheaper European destinations (mainly in Central and Eastern Europe), Hungary has become known as the ‘Dental Capital of Europe’. An entire industry has grown up in Hungary to cater for the estimated 35,000 people who travel to Hungary annually for dental work.  The dental clinics have invested a lot of money in their staff and equipment in order to attract dental tourism and most offer the highest standards of treatment at least equal to and often superior to dental clinics in the UK. Teeth veneers in Hungary, then, can be obtained at a lower cost than in the UK but of the same standard. 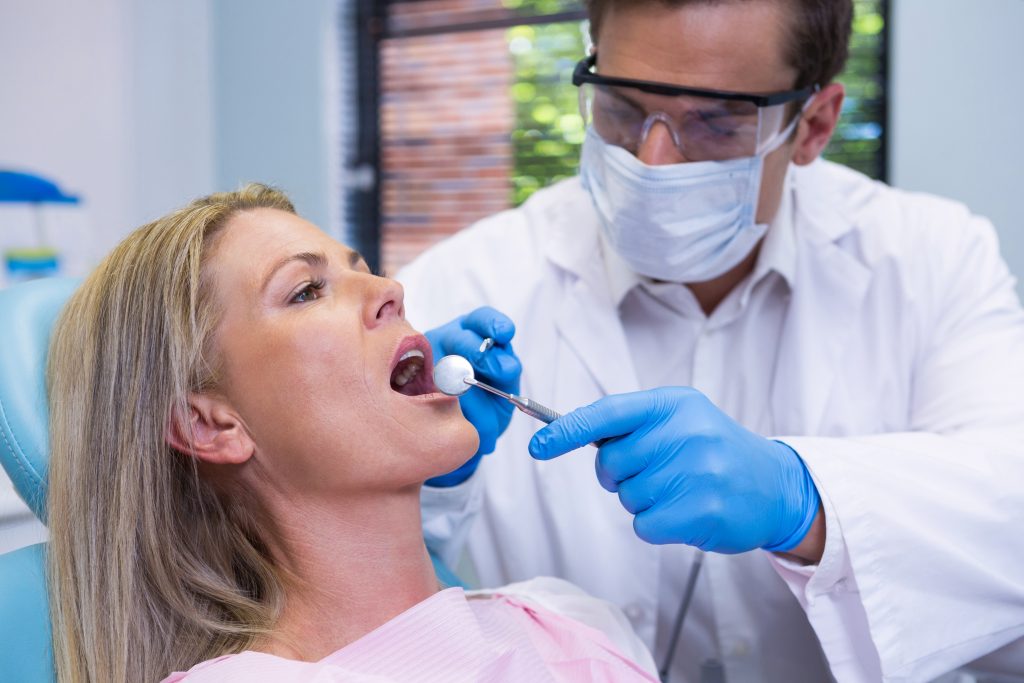 The first thing to remember is that Hungary is in the EU which means that dentists must adhere to EU regulations.  These regulations aside, dentist qualifications in Hungary require 5-6 years study at university. Further dentist education and training follows, should the dentist wish to specialise in a particular area.  In addition, all practising dentists in Hungary must register with the Ministry of Health. This government department grants each dentist a licence to practise, renewable annually provided they have accrued enough ‘points’.  These ‘points’ are given for attending lectures and seminars about the latest dental technology and procedures. The majority of dentists in Hungary also belong to the Hungarian Medical Chamber (HMC). This organisation also organises information and lectures on the latest and most effective dental procedures, as well as ensuring certain standards. The best dentists in Hungary have 10-15 years experience in their specialist area.

An English-speaking dentist is the norm in Hungary rather than the exception. Many Hungarian dentists specifically target their services at foreign visitors and understand that in order to do this, it is vital to speak good English.   It is always worth checking that your preferred dentist does indeed speak English, but it is very unlikely that the answer will be ‘no’. English is now compulsory in all Hungarian schools so even outside the word of dentistry, most under-30s speak English. Staff at hotels, main attractions and other places will probably speak English.

Dental Clinics in Hungary are well-equipped 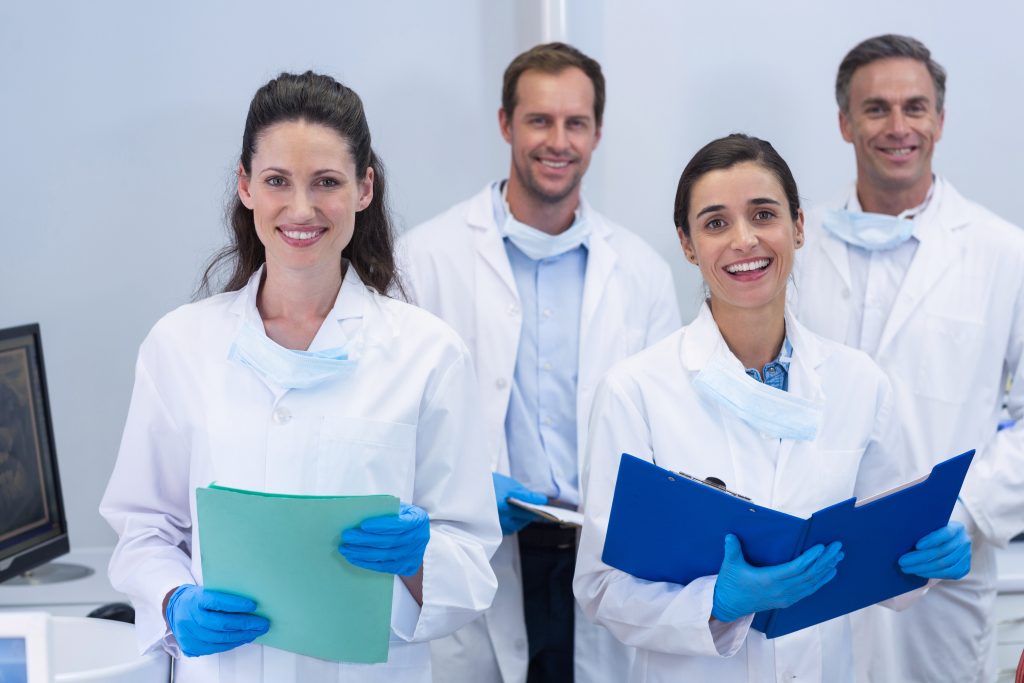 Gone are the days of the sombre Communist-era.  Dental clinics in Hungary have invested a lot of money in creating a friendly ambience and equipping their clinics with the latest technology.  It is not unusual to find clinics which even have their own laboratories, so veneers can be produced in less time than normally required. The craftsmanship of the laboratory technicians is also of a very high standard.  In addition, often procedures are computerised, so, for example, 3D scans will be taken of the teeth requiring veneers rather than a dental mould.

How much do veneers cost in Hungary

Costs of veneers on the NHS in the UK

Teeth veneers are essentially a cosmetic procedure, which, under normal circumstances, are not available on the NHS. In exceptional cases, where chipped teeth, cracked teeth or misaligned teeth are causing considerable pain, the NHS may consider paying the costs. In England, if it is agreed that your veneer(s) is a medical need rather than a cosmetic need then it falls into the NHS Band 3 charges, and you will be required to pay £269.30.  NHS Scotland and NHS Northern Ireland have a cap of £384 and NHS Wales £199.10.

How much do UK veneers cost privately?

Private dental work varies greatly from dentist to dentist and from town to town, however, composite veneers can usually be found for between £150 and £400, while the longer-lasting and possibly better-looking porcelain veneers usually mean paying out between £500 and £1000 per tooth.

It is rare to have teeth veneers paid for by the NHS, so the majority of people will have to pay for private treatment.

How  much do veneers cost in Hungary

In the same way, as in the UK, Hungarian dentists’ prices vary from clinic to clinic, however, average prices for composite veneers are £140 per veneer and full porcelain or zirconia veneers are around £250 per veneer.  There may be discounts available where more than one veneer is being fitted. Generally, two visits will be required. We will also assume that one night’s accommodation is required on each visit:

As can be seen considerable savings may be made, particularly on the porcelain/zirconium veneers.  For more than one veneer, these savings are proportionally even greater and if it is possible to fly to Budapest and return in the same day, thus saving hotel accommodation, there is almost a 50% saving.

Popular cities in Hungary. What is the popular destination for veneers?

The main cities in Hungary which have flights from the UK are Budapest and Debrecen. There are many dental clinics in the largest cities in Hungary, as well as in some of the smaller ones.  For example, there is a plethora of clinics along the Austrian-Hungarian border, used chiefly by those travelling to Hungary by car. These clinics cater for both English-speaking and German-speaking dental tourists. 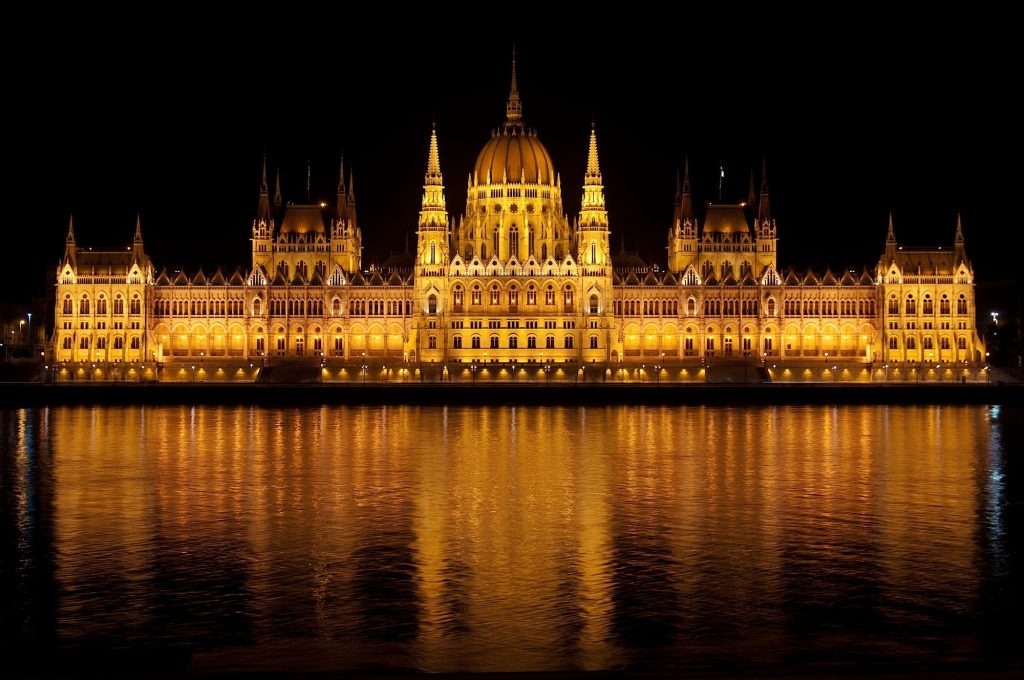 There are many flights to Budapest from the main airports in the UK as well as from some of the provincial airports.  Return tickets can also be bought cheaply, although this does depend on the time of day, time of year and how far in advance you are able to book the ticket. All of this makes it an ideal destination for obtaining veneers abroad and, Budapest, in particular, has a huge choice of top-class clinics to choose from.

Other locations in Hungary for dental veneers

If the sole purpose of your visit to Hungary is to have veneers fitted, then Debrecen is another popular destination.  Again, it has its own airport, and hotel accommodation may be cheaper than in Budapest. If you are combining your dental treatment work with a holiday or short break to Hungary then it is worth considering some of the dental clinics in other cities in Hungary.  Treatment and hotel accommodation may be cheaper, although the journey may be slightly longer. These cities include Pecs in the south-west of the country or Gyor in the north-west close to the Austrian and Slovakian borders

Alternatives to veneers in Hungary

If, for some reason, Hungary is not a place where you want to have your veneer treatment,  what are the alternatives? Probably the next most popular countries for treatment for the British is Poland or Turkey.  Both countries, like Hungary, invest in top-class facilities in order to attract foreign dental patients and promote medical tourism.

Poland is very similar to Hungary, from the point of view of dentists’ expertise and training, and well-appointed and equipped dental clinics. Additionally, veneers in Poland are comparable in cost to those in Hungary.  It is also a member of the EU and therefore must adhere to the standards laid down by the EU.

Many dentists in Turkey also offer similar facilities.  The downside of Turkey is that there are less flights available, but of course, the upside is that, in addition to the capital city of Istanbul, there is also the opportunity to spend some time at one of Turkey’s many beach resorts. 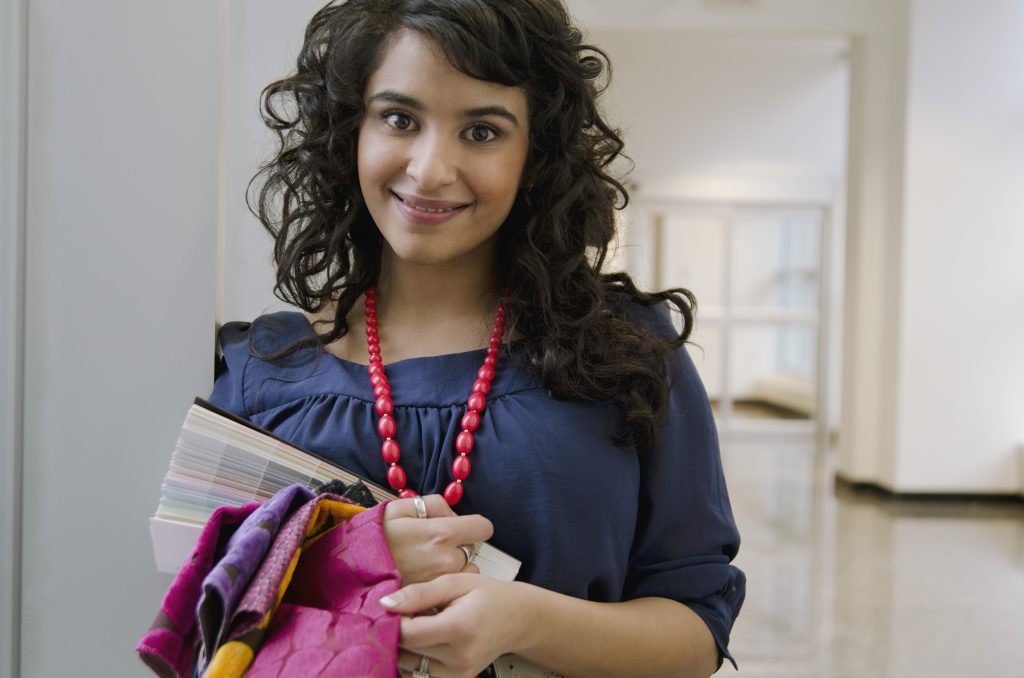