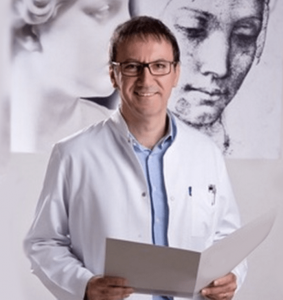 Following his aesthetic surgical experience on the noses for rhinoplasty and reputation for natural appearance: A well-known rhinoplasty (for primary and revision cases) surgeon in Istanbul, Turkey. Dr. Altindag is the certified expert who has been performing advanced rhinoplasty surgical techniques with modern and safest technologies.

Regarded as one of the best experienced rhinoplasty surgeons in Istanbul; Not only he has performed thousands of cosmetic nasal surgeries but also, he interacts with some Universities/Tersiary C. Center (Research Hospital), for designing new surgical instruments/tools to provide innovations which may facilitate aesthetic nasal planning & surgery while keeping to work for several academic (basic and clinical) research.

Dr CEM ALTINDAG got his medical degree from the School of Medicine- Istanbul University in 1989. From there, he completed Otolaryngology & Head and Neck Surg. residency at Beyoglu State Ed. & Research Hospital-Istanbul in 1994. As Otolaryngology & Head and Neck S. consultant surgeon, he worked at several Hospitals outside Istanbul (Manisa, Tekirdag).

He has attended several meeting and courses which is based on aesthetic and functional rhinoplasty and nasal surgery. He has been working in Istanbul since 1999.