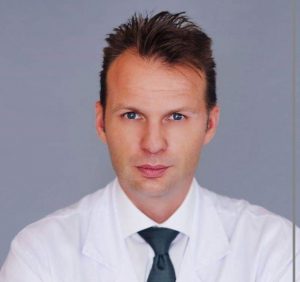 Graduate of the medical and surgical faculty „Gemelli” at the Catholic University of Sacred Heart with „Gemelli” hospital in Rome, Italy in the academic year 2007/2008.

In 2010, he started his postgraduate training at Swiss surgical centres: Herisau, Gstaad and Mendrisio. From 2013 until 2017, he was improving his skills in Germany. During that time Dominik performed alone 1,788 plastic surgeries.

In January 2018 Dr Boliglowa received a Board Certification in Plastic and Aesthetic Surgery in Frankfurt.

He continuously raises his qualifications by doing specialistic courses within different kinds of rhinoplasty, breast surgeries and microsurgery.

Dominic’s own surgical techniques and experience was published in 7 scientific journals and presented on 17 official international surgical meetings.